*the image is illustrative

My project “*the image is illustrative” was displayed at TASE graduation show. It was the first graduation show at the long awaited new building of Estonian Academy of Arts after years of difficulties of finding a suitable house or ground for the academy. The project is site specific and also exhibition specific. The monitors and the room belong to the academy. The concrete walls, carpet, sound system and wall mounted monitor made me realize that it’s not actually an exhibition space as it couldn't be much tampered to begin with. The building itself at that time had proven to be a sight on its own. The glass walls of the building provide a good opportunity to see that all the rooms look alike, while some of them were left to serve their original purpose as classrooms or offices. I used the rooms’ given potential by leaving it greatly as it is. This is important not to create a recognizable exhibition space. In this way, the monitors become one with the room. They do not act as pieces of art but act on their own as one with the space. The installation itself is supposed to look inactive. By doing this, the technical objects take on a ready-made sculptural form and become like fossils. The work is about alienation that came for me after returning from exchange studies and finding a new scool building with this spectacular architecture. This building was not mine and no longer I felt like I was part of the school either. During this semester I never gained a door key card to access the rooms of the academy.

The installation comprises two monitors. One of them displays Windows 10 lock screen with a slide show of nature and urban images. These images are not made or picked by me but presented live through an active computer. The other monitor plays black screen video with only minimalistic tampering with video playing icons. The monitor holds a sign that says that the installation is inactive. The sound system plays a ground loop sound. There are chairs in the room with small notes on them that suggest the room number. These were added previously by the graduation show installation team when they cleared the room. I brought the chairs back. The walls cover some duct tape that were placed there similar way that the room was originally. The window has a sticker on it with the name of the installation in Estonian. There is a keyboard and a computer mouse in the room. During the installment period and exhibition period, numerous times chairs were borrowed from my installment and a TV monitor as well, as it had said that it is inactive anyway. 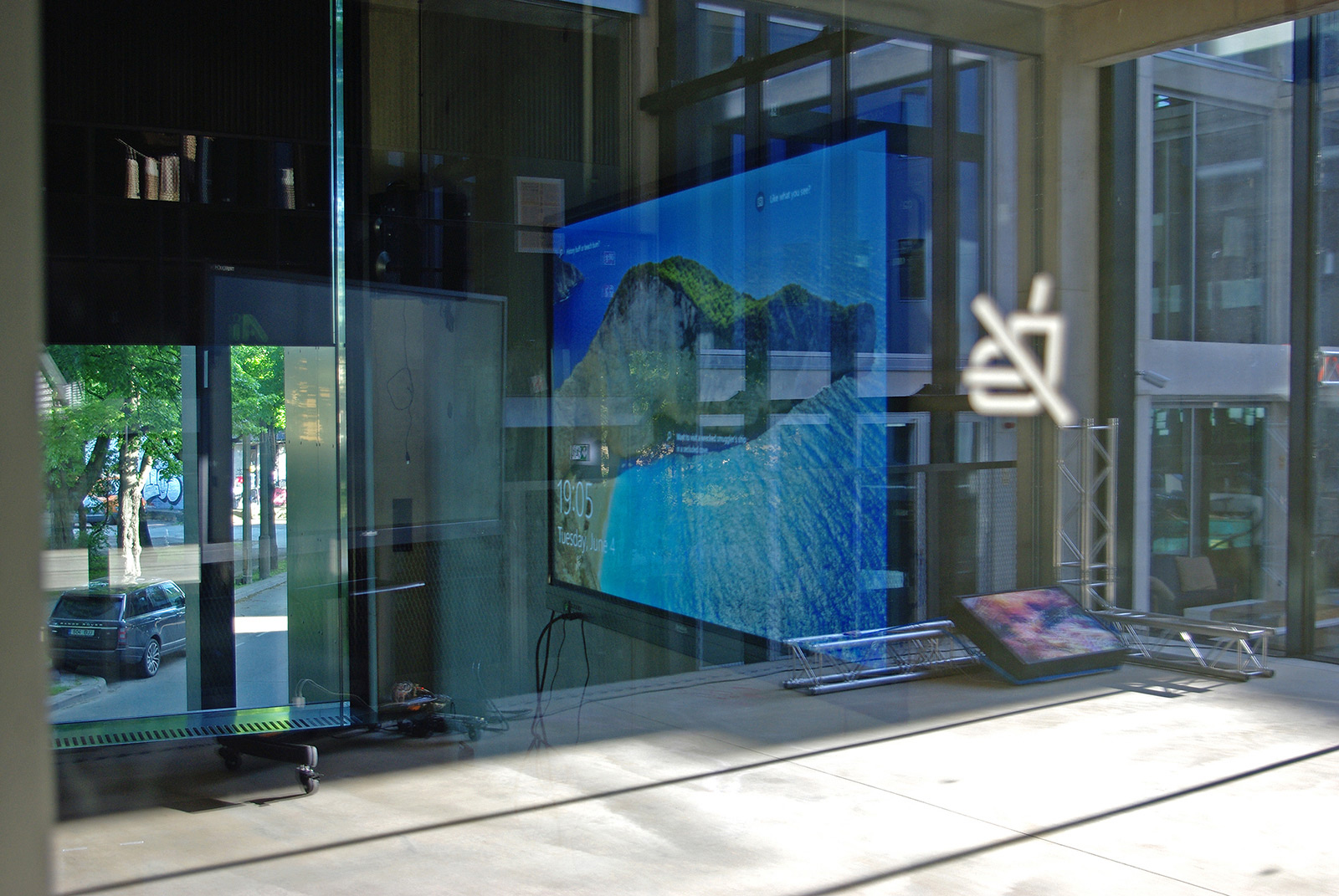 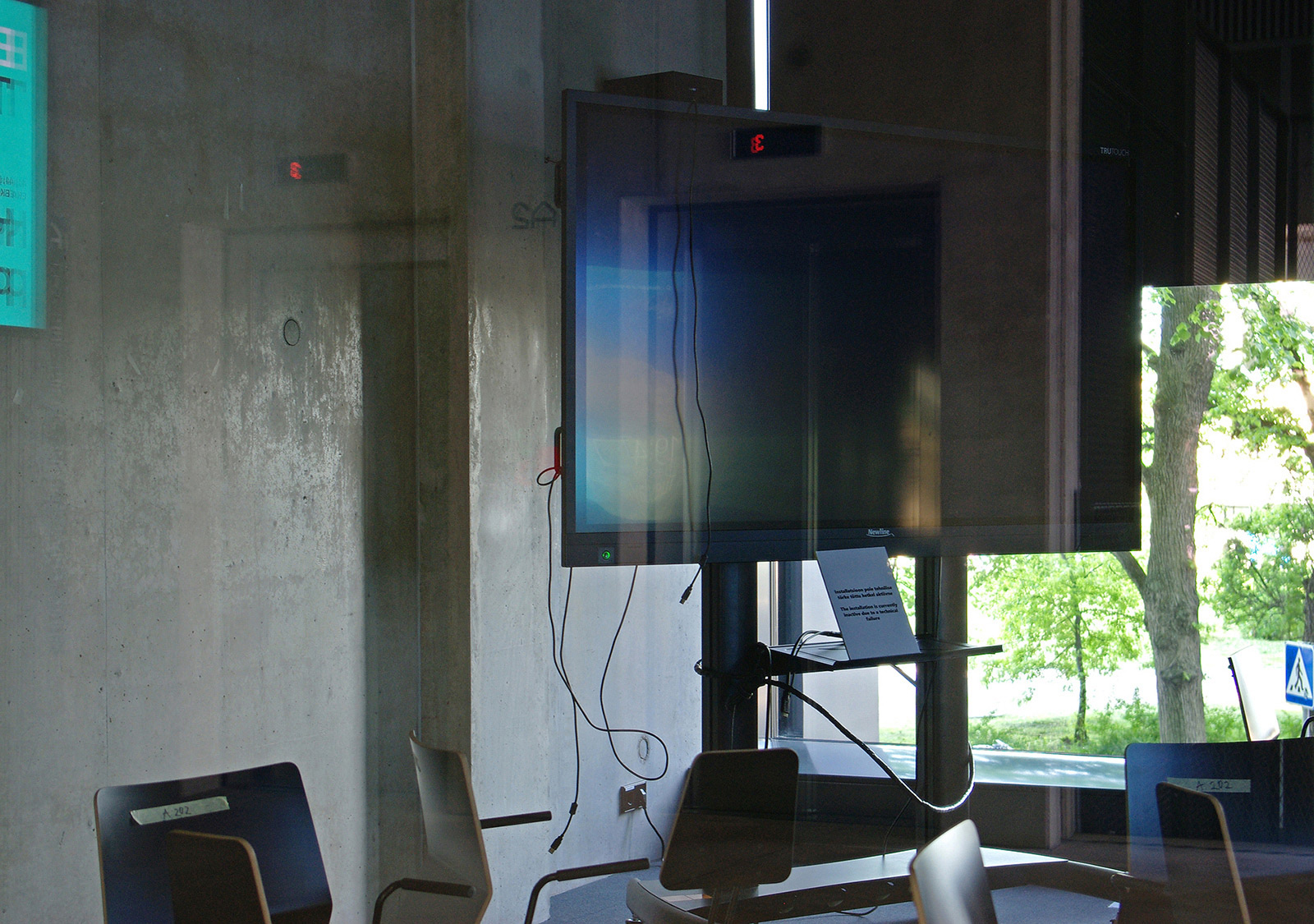 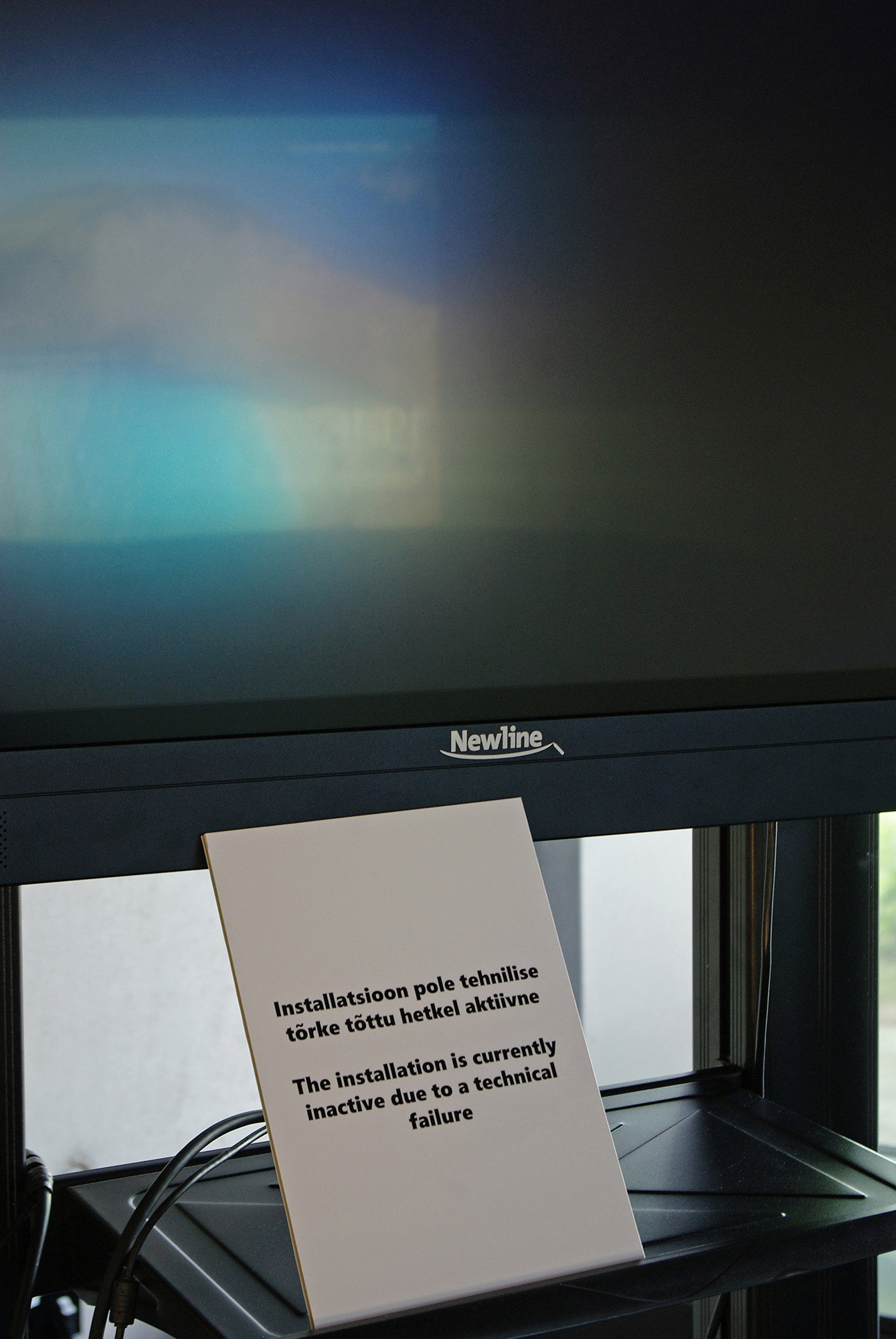 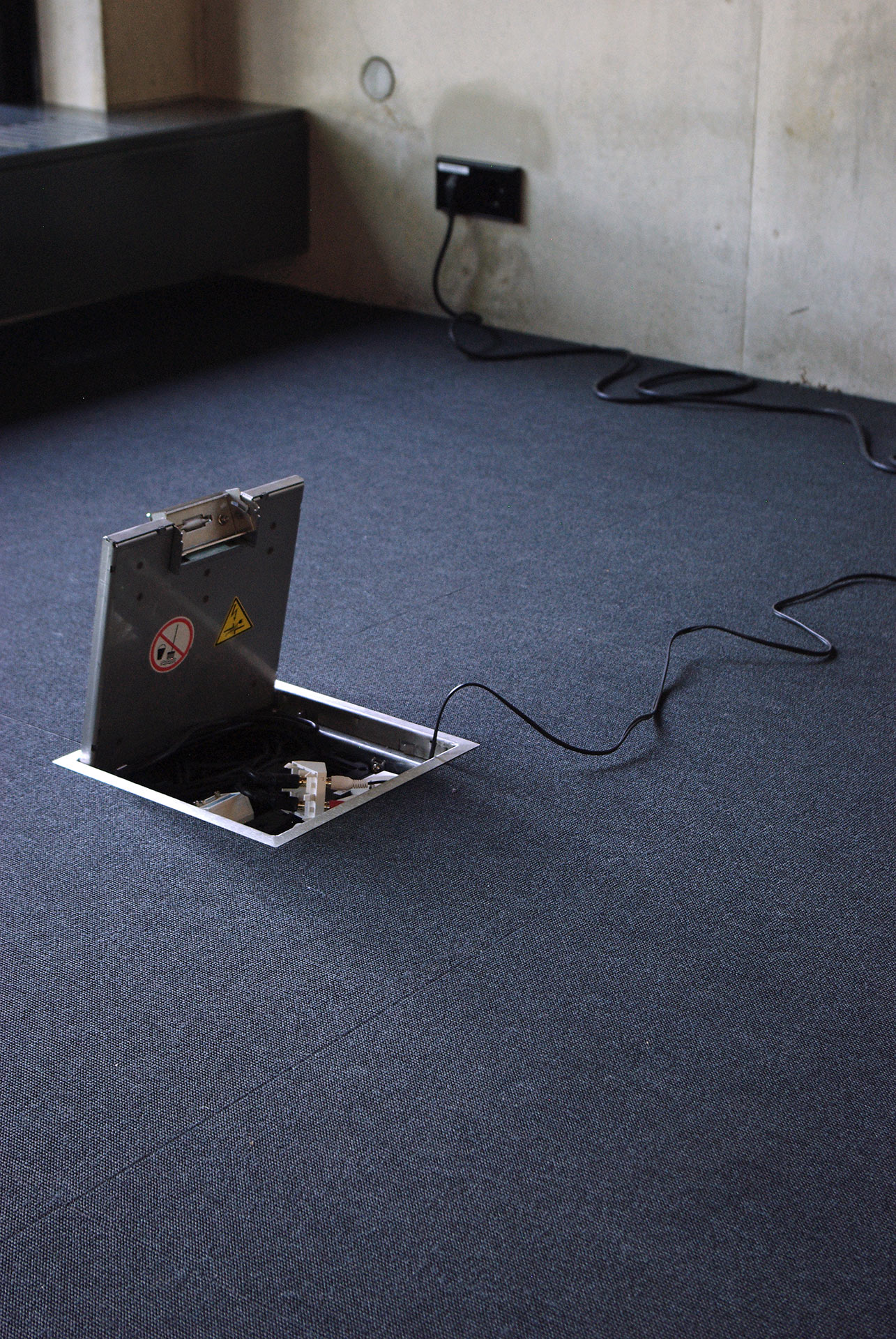 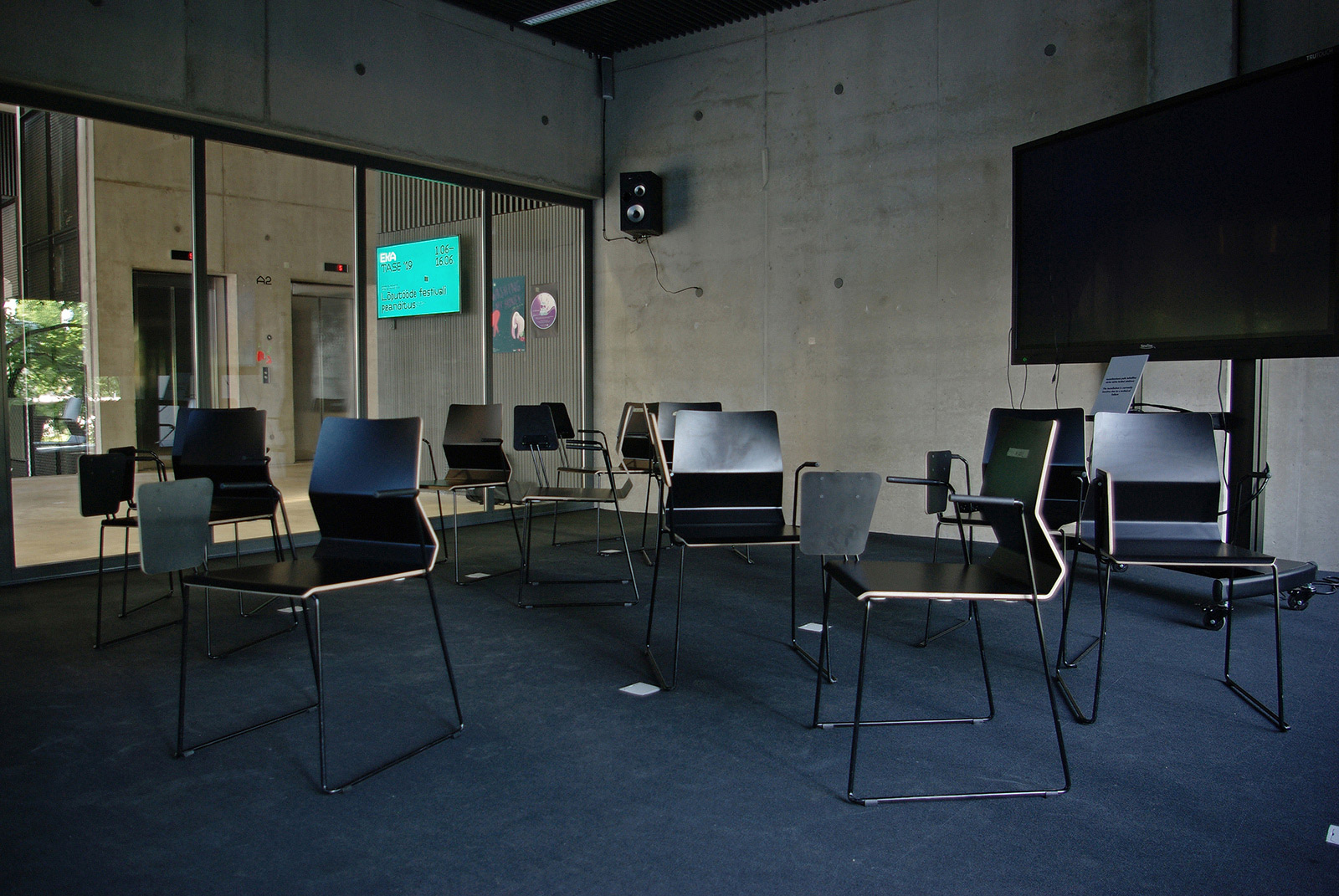 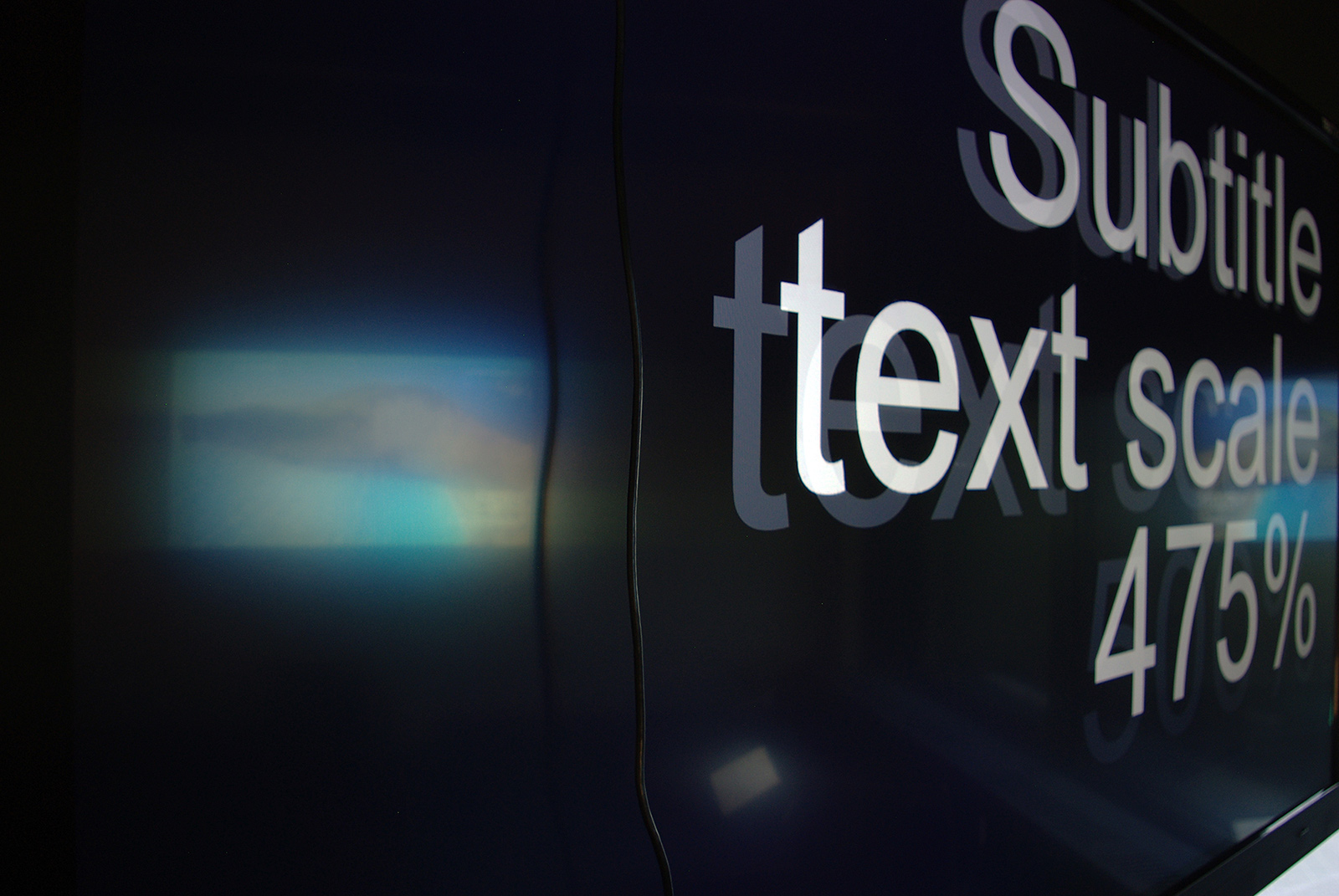 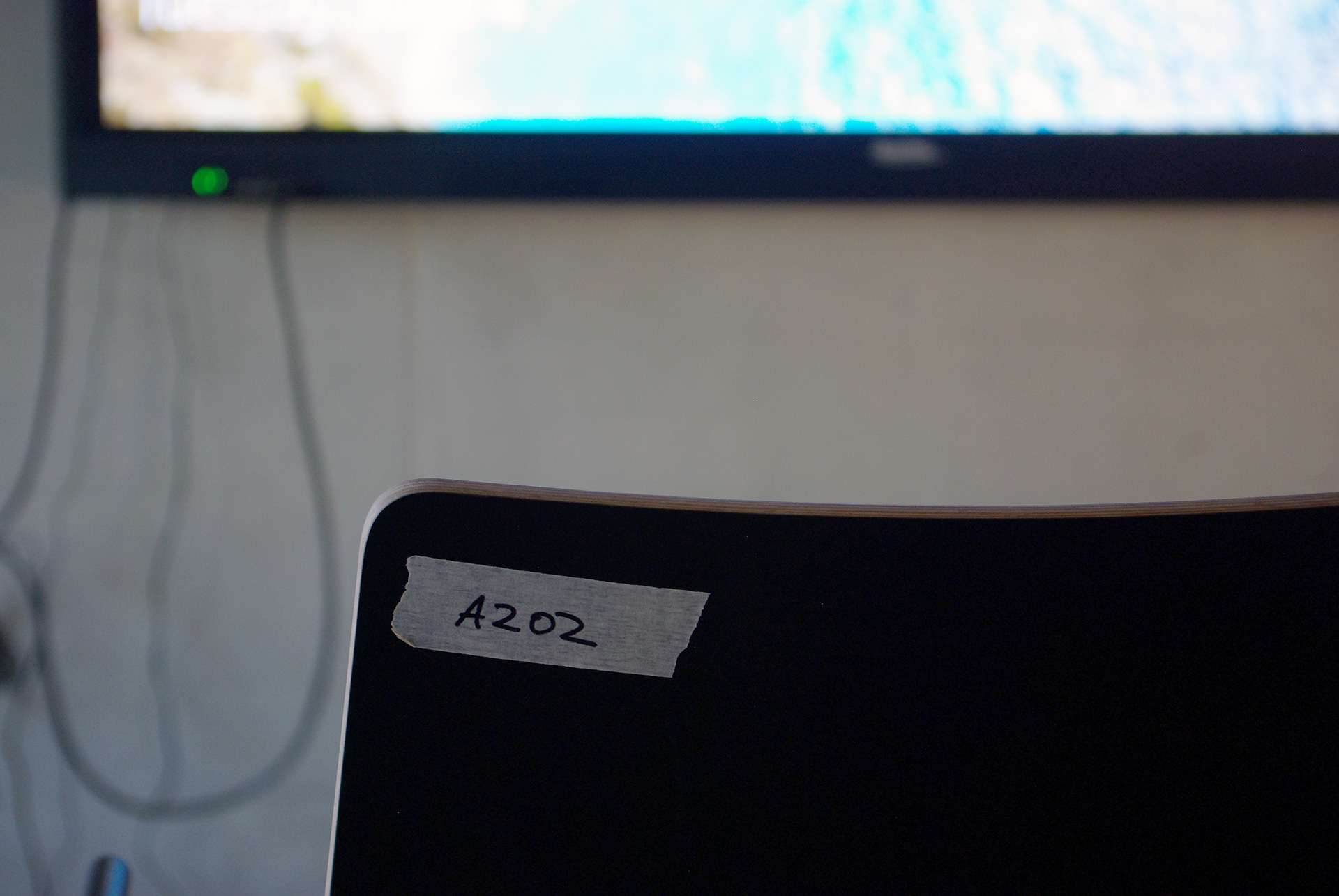 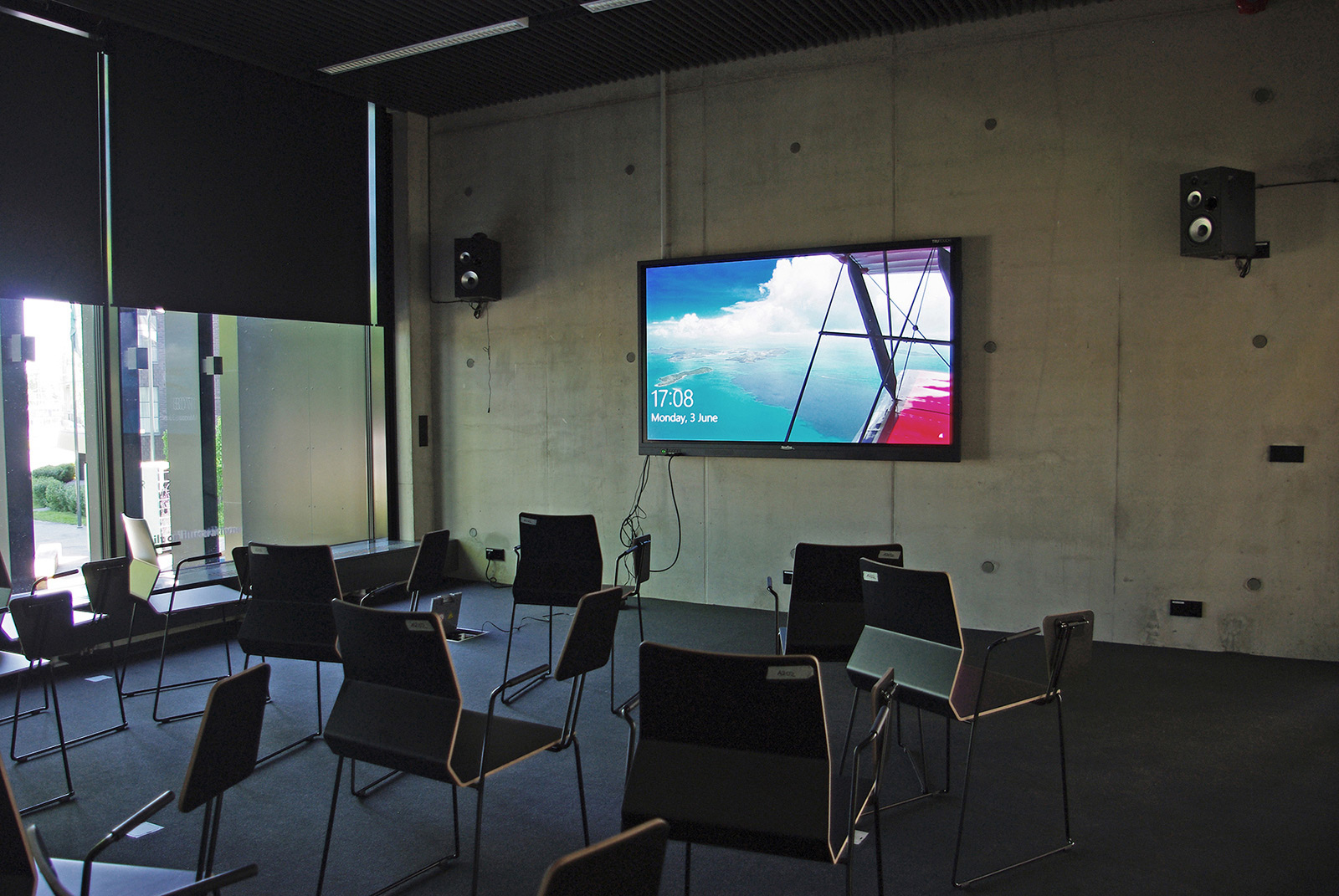 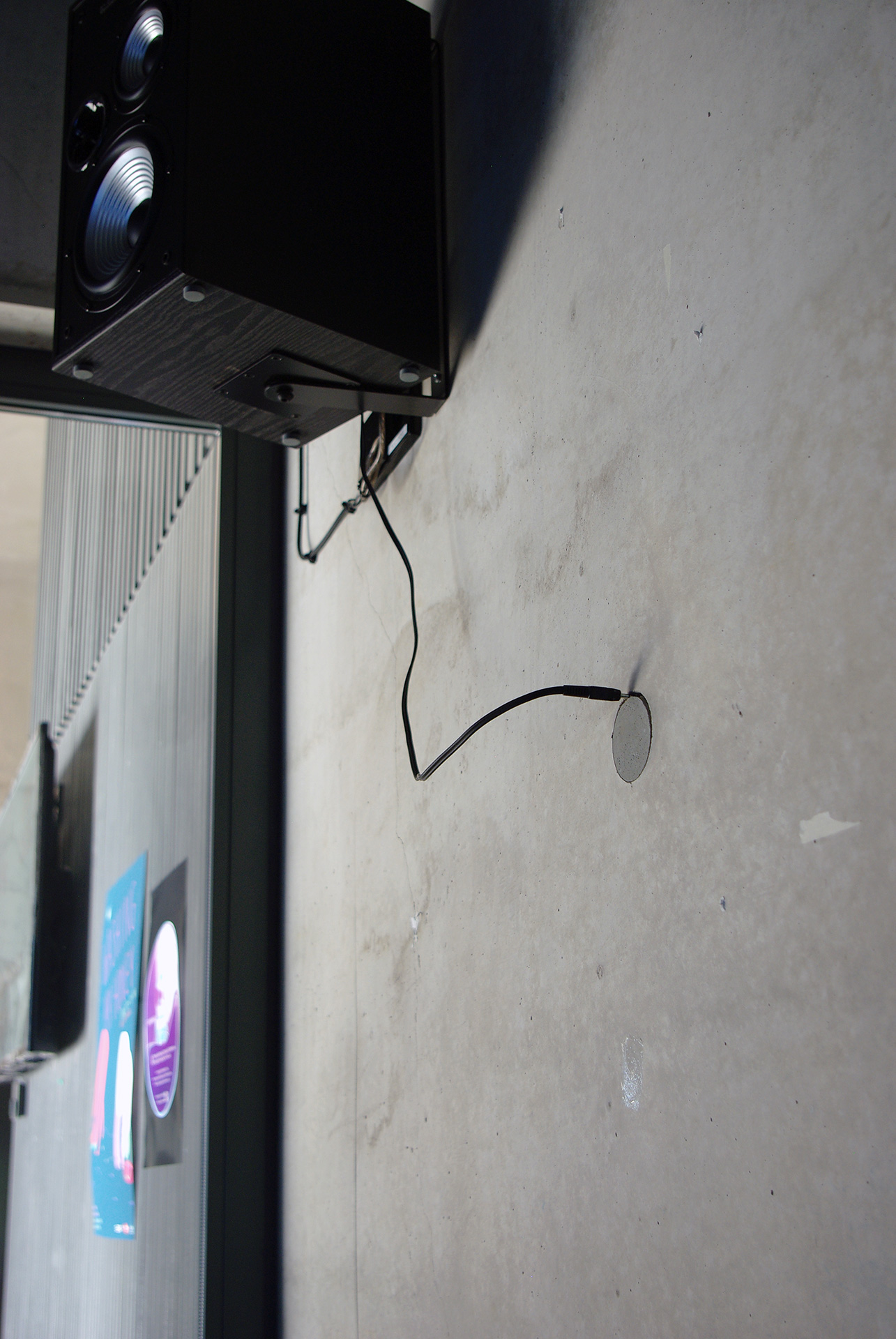 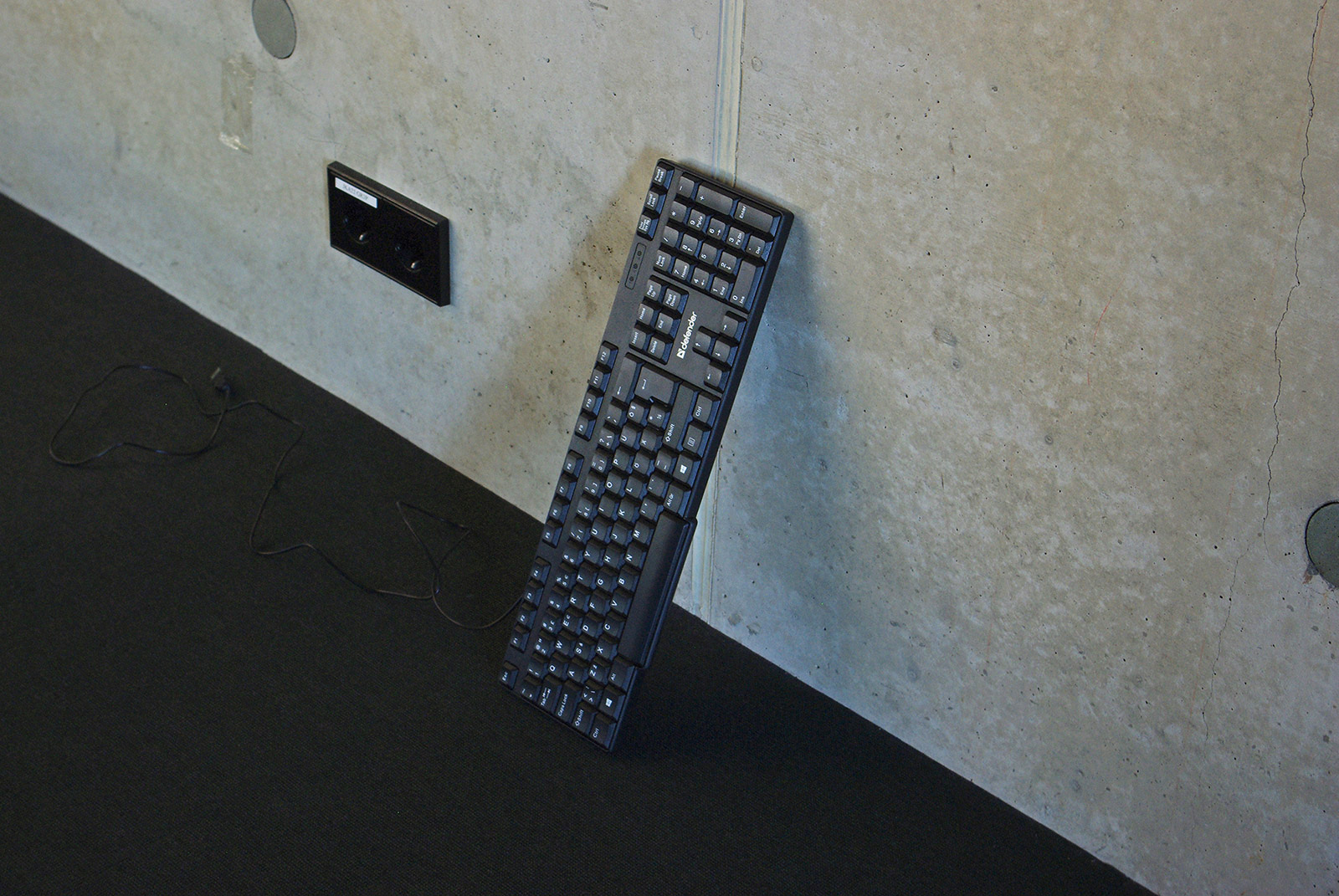 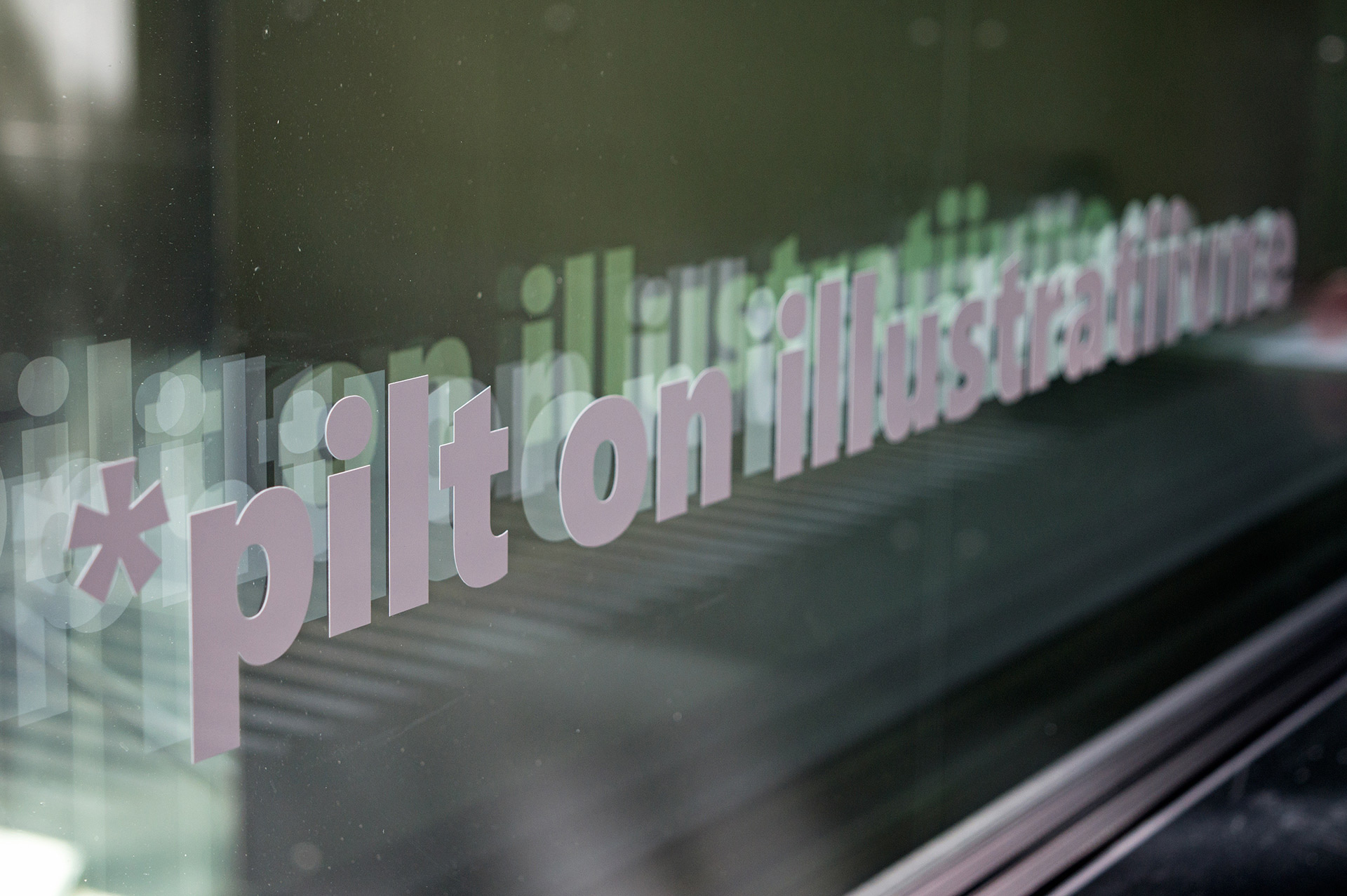 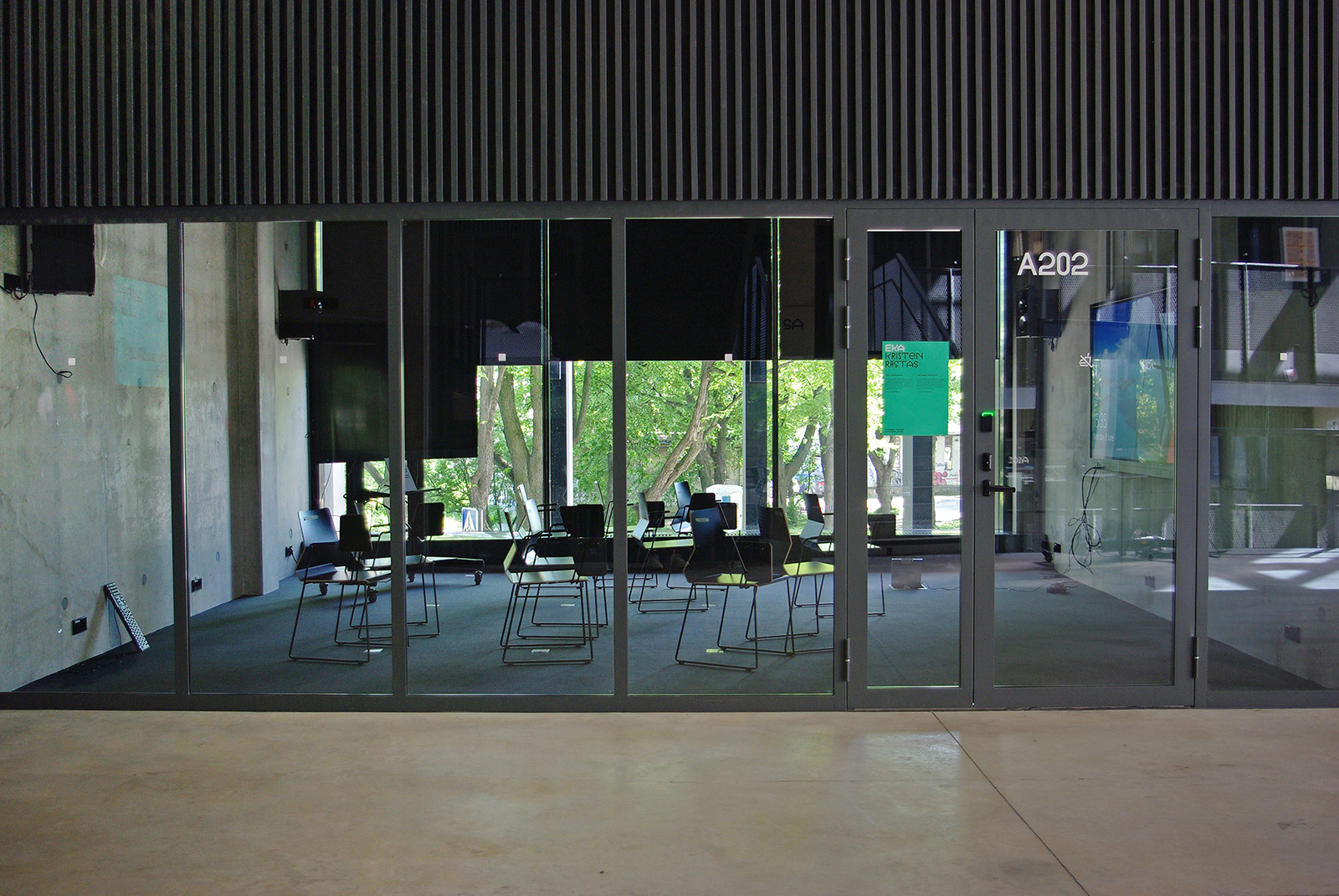 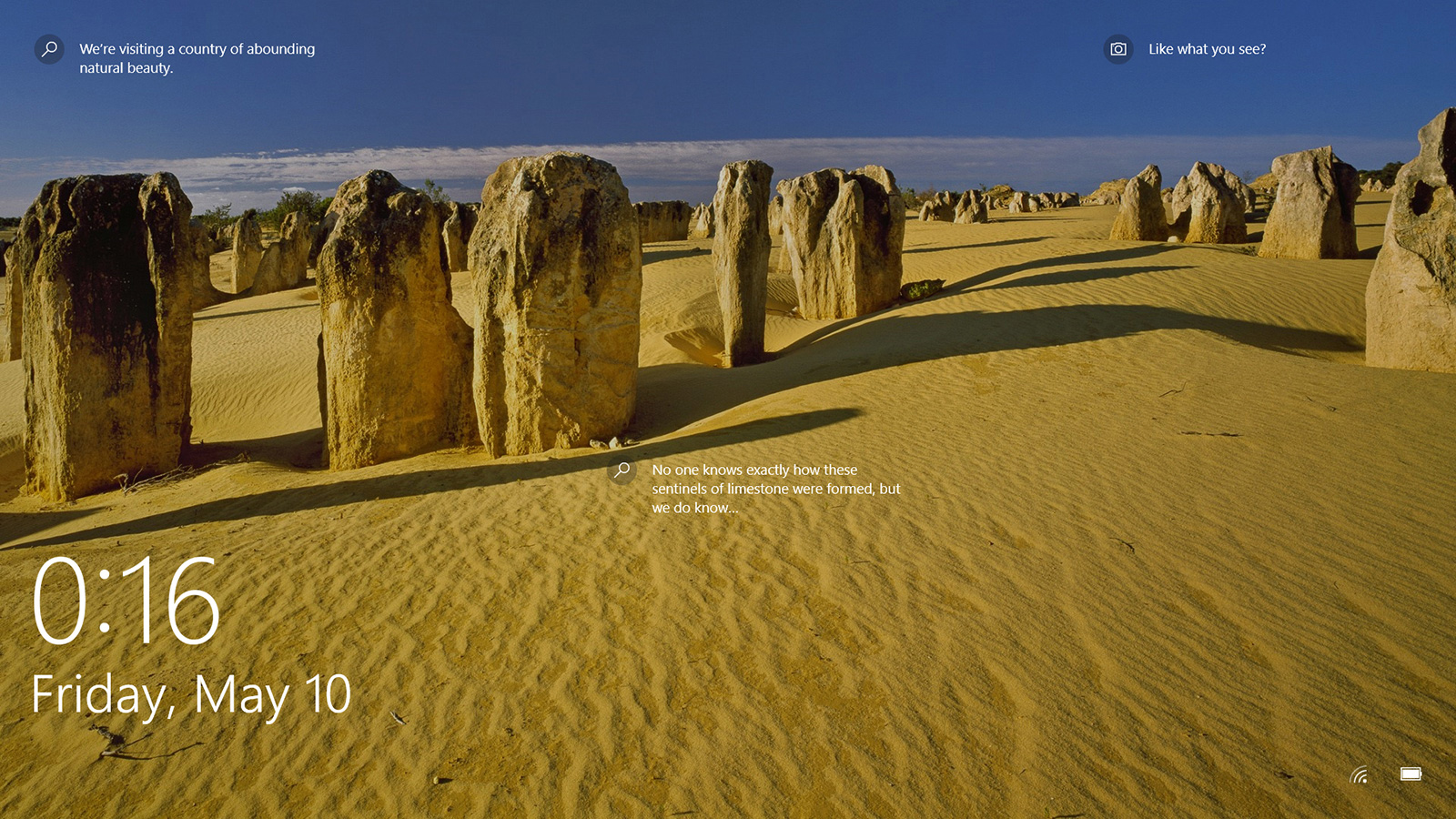